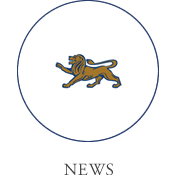 By Matthew WinkelJuly 3, 2017Spotlight
No Comments

There are still some envelopes to open, but it’s official—WE DID IT! $5 million in five months!

Thanks to the generosity of many, TCNJ flew past its initial goal of $40 million in January, prompting the Board of Trustees to challenge President Gitenstein to raise an additional $5 million in the remaining five months—February to June—of the Campaign for TCNJ.