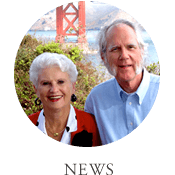 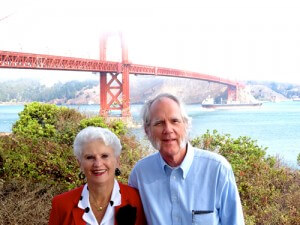 A piece of fruit set free in a classroom provided the tipping point Patricia Busk ’66 needed to sharpen her professional focus.

“I did my student teaching at Princeton High,” says Busk. “I was teaching first-year algebra after lunch, and a student rolled an orange down the aisle. Several other students followed his lead.” Among other things, Busk says that “helped me realize that maybe I should be teaching college students.”

With her PhD from the University of Wisconsin and a graduate faculty position at the University of San Francisco’s School of Education, Busk found her niche. “To help move an educator to the next level of their professional development is, to me, extremely satisfying,” says Busk. “And it has been quite some time since someone has rolled an orange down the aisle.”

With nearly 40 years spent teaching, Busk often thinks about the future of her field, and who will rise up to become the next generation of teachers. The evaporation of federal tuition grants has led to a decline in enrollments of underrepresented populations, she says.

Busk knows from experience the two things necessary to ensure that students from underrepresented populations who want to become teachers can do so: “Financial aid for those who cannot afford a quality education, and mentoring by an experienced educator who can help them build a solid foundation as educators themselves,” she says.

Creating an attractive and effective opportunity for these students was a priority for Busk, an alumna or faculty member at five schools of education.

To honor the memory of Patricia Busk’s late mother, she and her husband, Michael, chose TCNJ as the institution at which to establish The Julia Maziarz Fund in Support of the School of Education.

“For well over a decade, my husband and I have been following the development of TCNJ,” says Busk. “We continue to be especially impressed by the very careful and precise improvements in the university under the direction of President Gitenstein, the faculty, and the Board of Trustees.”

“As with any other investment, we want something that produces, that is energetic,” she says. “TCNJ is clearly one of those places.”

The fund will support students from populations that are underrepresented in higher education, and who plan to teach in urban settings. The donation will also fund a faculty member who will recruit and mentor scholarship recipients.

The fact that TCNJ is involved in assisting schools in Trenton, Patricia Busk’s home town, also figured into the Busk’s decision to make a gift.

“I learned that Jeff Passe, the dean of the School of Education at TCNJ, is facilitating a partnership” with the schools in the city, she says. “My parents and I lived in Trenton, but when I was 5, my mother passed over from tuberculosis.”

“I thought of honoring my mother’s heritage—and all the love I received from her during the short time that we were together—by naming this bequest for her,” says Busk. “Her passing over 65 years ago was such a loss for my father and for me, but she still is remembered.”

Says Busk, “Now good work in her name will continue in the city in which she raised me.”